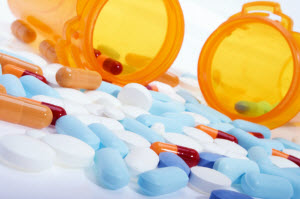 Contrary to what people may tell you about drug arrests, there are many different defenses that may be available in drug cases:

The most common defenses and the ones we usually look at first involve the legality of the stop or the legal reason for a search of a car, house, or a person.  The Fourth Amendment regarding unlawful searches and seizures is always a major consideration in any drug defense and arrest.  Did the police have a right to stop your vehicle or to approach you to begin with?  Was there coercion involved in what the the police are calling a consentual search?  Are the facts even what they claim they are.  Did they have probable cause to search your person or your vehicle? Did they have the legally necessary ‘founded suspicion’ of a crime to stop the vehicle you were in or did they have probable cause of a traffic offense?

We should look at matters such as whether the scope of the search exceeded or went beyond the authority the law enforcement officer had.  A search can be limited in scope by the consent that was given for by the circumstances of the particular case. There may be certain areas which the police cannot look into certain items which they cannot take or look through. Whether a person gave voluntary consent is something that is based upon the facts of a particular encounter.

Trafficking arrests as well as other drug charge arrests result from a traffic stop. The legality of the traffic stop regarding founded suspicion of a crime necessary to stop a vehicle or probable cause of a traffic offense always needs to be investigated and addressed thoroughly by an experienced Pinellas County Drug Defense Attorney.

Knowledge of the Nature of the Drug and It’s Presence

Having a valid prescription for substance is also a defense.

If an informant was used, were proper procedures and protections in place and was it legally authorized and carried out

Were the crime lab procedures in testing the substance valid. Labs are required to employ certain procedures including chain of custody matters and the storage and processing of substances to be tested. The training of the personnel and experience should also be investigated. Lab results regarding the exact quantity of a drug may have bearing on whether the state can file a charge of trafficking or other charges.

Was any consent lawfully given and not coerced? Did the consent cover the area searched?

Constructive Possession of a Substance

Many people do not realize that you can be charged with possession of a drug or a controlled substance without having it on your person. Florida has what are called constructive possession laws. This means that a person is in possession of something if they know it is present and they have the ability to control it.

A good example of this is where someone is stopped for a traffic infraction and on the console between the driver in the passenger is a baggie of marijuana. Because it is visible to both people and either one of them could reach it, both of them can be charged with possessing the same bag. It does not matter who the actual owner is.

However, in that same scenario, if there is nothing visible but there is a baggie of marijuana under the passenger seat or some other substance under the passenger seat, then it is the states burden to prove beyond a reasonable doubt that whoever they charge knew that the baggie was there and knew what it was. If the driver is the only occupant of the vehicle, it is presumed that the driver knows whatever is in the vehicle wherever it may be. This would allow the state to charge someone and then the defense would have to raise the issue of lack of knowledge of the substance. The burden then shifts to the state to prove beyond a reasonable doubt that the person actually knew it was there and what it was.

Depending on the circumstances of an individual case, other options should be explored such as “substantial assistance” or presentation of legal mitigating circumstances. Trafficking Statutes allow for cooperation and assistance to be given credit towards possibly eliminating or removing a minimum mandatory prison sentence.  A person’s existing addiction to a controlled substance, or  a previous accident where drugs were prescribed which led to an addiction may be very valuable information for us to explore and talk with you about.  Together we can find the answers.

Even if the facts are against you–We can help you

Our goal is to get the best possible results in your case.  The best result and the one we fight for first is a dismissal if possible.   There are some instances where negotiation is the best way to resolve your case. In such cases we need to look at other options such as a way to prevent you from having a formal conviction and ways to minimize the possible penalties. We will look at the possibility of getting the charges dismissed or the possibility of a pretrial intervention program. We would also look into alternatives if a jail sentence is called for that may still avoid jail. These might include a residential program which we can have you evaluated for and help you determine which is the best one for your particular situation.  We have the experience in all of these matters to assist you in making the right decision.

When you are deciding who is the best drug defense attorney for you and who you want to defend you against your accusations make Larry Sandefer one of the drug defense attorneys in Clearwater, St. Petersburg, Pinellas County that you consult.  He is one of the premier defense attorneys in this area.   He was the first attorney awarded Board Certification as a Criminal Trial Specialist in the 6th Circuit of Florida.  The  Sixth Circuit is the area covering Pinellas County, Pasco County and the Courthouses in Clearwater, St. Petersburg, New Port Richey, and Dade City.     Larry  has extensive experience  in Fourth Amendment Rights, illegal searches and seizures, and search warrant issues. He is recognized for his accomplishments and ability. Let him assess your case and your options and defenses with you.

Consultations are free, no obligation, and confidential.

We will be with you every step of the way.  “When experience counts, count on experience.”