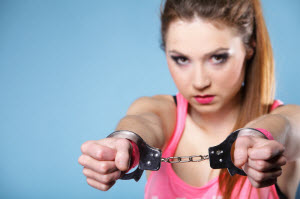 Penalties for DUI can increase if a person has any prior convictions for driving under the influence. The number of convictions, when they occurred, and even whether you were represented can have dramatic affects on your license and penalties.

Penalties may also be different for persons under the age of 21. A breath alcohol limit of only .02 could be applicable in some of those cases.

If a person is seriously injured or killed, a DUI can result in the increased charge of Felony DUI or Manslaughter, each of which can carry a potential prison sentence or even a mandatory sentence upon conviction as charged. These cases must be addressed as soon as possible, and we urge you to act promptly.

We are often asked if a lawyer is necessary for a DUI charge. A conviction for DUI remains on a person’s record for 75 years in the State of Florida. Almost all states in the United States are connected by computer and honor other State’s suspensions. Because of the strict legal requirements on proof in a DUI case it is extremely beneficial to at least consult with a DUI defense attorney about your case. There is no fee to meet with us for a comprehensive consultation. The time is well spent talking about the particular aspects of your case, the different alternatives, and defenses which may be available to you. DUI is a large part of our practice and we have a great deal of experience in motions, negotiation, and trial of these cases.

We will be glad to speak with you about your particular case and what defenses and options may be available to you. Contact us. We can help.

Minimum Penalties for DUI as set out in the DHSMV Drivers Manual.

This summary was prepared by the Department of Highway Safety and Motor Vehicles (DHSMV) and should be used for reference only. Please refer to the full text of any laws referenced below for complete and comprehensive legal information.

Under Florida law, Driving Under the Influence (DUI) of alcoholic beverages, chemical substances, or controlled substances is one offense, proved by impairment of normal faculties or an unlawful blood alcohol or breath alcohol level of .08 or above. The penalties upon conviction are the same, regardless of the manner in which the offense is proven.

Jail as part of a sentence on DUI

It is important to know that at the court’s discretion, a mandatory jail sentence may be served in a residential alcoholism or drug abuse treatment program and credited toward the term of imprisonment if the Judge agrees.

Impoundment or Immobilization of Vehicle

Unless the family of the defendant has no other transportation:

Any person who causes property damage or personal injury to another while driving under the influence is guilty of a first degree misdemeanor (not more than $1,000 fine or one-year imprisonment).